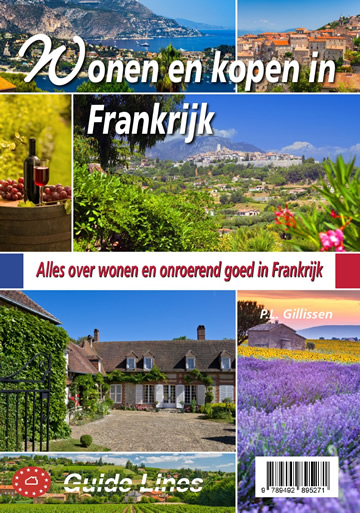 A beautiful and unique stone Manor built in 1761 on the edge of a large village located in Brittany next to the Normandy border . Known locally as the Chateau de Beauchais .It?s the second most historical building in the area after the Chateau de la Rouerie, whose occupant at the time Joseph Tuffin who was the Marquis de la Rouerie and ?Lord of the Vine ?had the Manor built for his mother (Demoiselle de Boschet ) thus linking the two buildings together, and a part of Frances rich history .
St.Ouen la Rouerie was the first village in Brittany to be liberated by general Patten in World War II .
In fact one of the American cemeteries is a little over 10 mins away in St James.

The Manor is in a peaceful quiet location, very easy access on good roads, has rental income potential.

As you enter the Manor you are greeted by the amazing oak staircase which divides the east wing and the west wing . The staircase spirals all the way to the second floor , giving the wow factor

Also in the entrance hallway on the ground floor there?s a cloakroom toilet and washand basin under the staircase and a door leading to the rear garden. To the right (east wing) you have a beautiful dining room featuring a huge granite open fireplace and large oak beams . There are large windows north and south with original internal wooden shutters letting in lots of natural light . Leading from the dining room is a beautifully presented lounge/drawing room with oak paneling and a fantastic wood burner. Along the main wall there are original built in cupboards and a clever slide out bar shelf . The south facing window has internal wooden shutters and on the north wall you have double doors leading to the rear garden ,with views over the rolling countryside. On the ground floor west wing you have a library/reading room leading to a utility/laundry room and a huge kitchen /living area with a large canopy fireplace . It features a fully fitted german kitchen with granite worktops and integrated appliances (fridge, freezer, dishwasher ,oven and microwave) it has full height slideout larder cupboards. It also has two separate sinks cut into the granite countertops making it a great place to cook and entertain. There are also double doors leading out onto the south facing front garden for those warm summer days . The Manor also benefits from super thick walls ensuring a cool night's sleep on hot summer nights.

On the 1st floor in the east wing there is a corridor with new solid oak floor leading to two large bedrooms ,the first bedroom features a large granite fireplace and an en-suite shower room ( to be finished) . It also
has a new solid oak floor . The second bedroom is the master bedroom and has been completely remodeled restoring it to its former grandeur with exposed beams in the ceiling , the walls have been completely rendered with lime based render . It has en-suite wet room with underfloor electric heating. The bedroom also has custom made built in wardrobes made with solid walnut . It features a large granite fireplace and has a new solid oak floor. On the west wing there is a corridor leading to a large family bathroom with full size bath and shower screen . Along the corridor there are two large bedrooms with built in wardrobes . This side of the house has been successfully used for b+b for a number of years. As the Chateau de la Rouerie is used for society weddings , some of the guests book b+b at the Manor. All year round people flock to the Mont St Michel (the second most visited tourist attraction in France and UNESCO heritage site) from all over the world, this magnificent medieval city is 20 minutes from the Manor, a lot of people visiting the Mont St Michel have booked bed and breakfast at the Manor. The main comment on our reviews is always how impressed they are by the Manor.

On the second floor there are two enormous fully insulated lofts (east and west) , with full planning permission ( permis de construire) for a further 4 en-suite bedrooms . The soil pipes, hot and cold water are already there as are the electrics . The Manor has a new roof and new velux windows . There are five fireplaces, two are in use and a third one is possible.

Adjoining the Manor on the east side is a two bedroom house that needs finishing. All the major work is done. A complete new roof front and back walls on concrete foundations. Ready for someone to put their mark on it. All the work has been done to the highest standard and sympathetic to the history and style of the building .

Most of the furniture was bought specifically for the Manoir, most of it handmade, potential buyers have the option to buy some/all furniture.

This property is a fantastic business opportunity, it is I ideal for a bed and breakfast, boutique hôtel or a family home. The Manor would also be suitable as a restaurant with rooms which would work well from our experience doing Air bnb, as all the guests who stayed with us enquired about restaurants nearby. There is a market on Thursdays in the village selling local produce.

The Manor is on mains drainage so no emptying septic tanks! There are gardens to the front, side and rear with a variety of fruit trees (apple, pear, plum and peach).

There is an excellent school in the village. A restaurant, bar/bakery/post office and hairdresser,
Also there is a classic car garage who import and sell high end American and European cars ,you could see anything from pickups to Hummers and rolls Royce to muscle cars .
There are transport links in the village to Rennes and Fougeres . Fougeres has the largest medieval chateau in Europe , and has beautiful gardens leading up to the church on the hill , which has the oldest belfry in Brittany . It also has two lycees, a music conservatoire . The A84 motorway is 10 minutes direct road from the village.
Mont st Michel is 20 minutes away and Rennes is 45 minutes direct drive from the village, with the nearest airport and high speed train ( TGV 2 hours to Paris). St Malo a beautiful walled city is 50 minutes drive, with it?s ferry port with direct crossings to the UK., the Channel Islands etc. Dinard airport is 50 minutes away
Brittany Region and Information Guide

Brittany is a vast region of the north-western part of France. It has very long coasts and is still a quite authentic department with many medieval villages and traditions and legends well alive. Different types of cities and towns co-exist, from busy cities such as Rennes to sea resorts such as Cancale, medieval towns like Fougeres or &#39classic' Breton towns as Quimper.