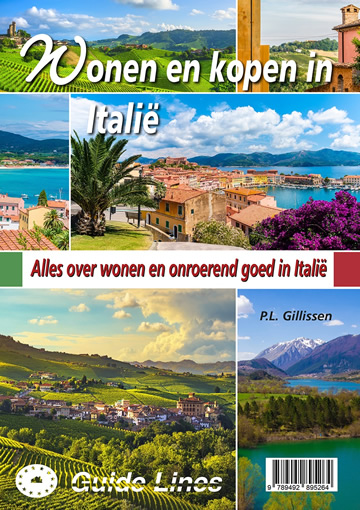 In the beautiful region of Umbria, a short distance from the city of Orvieto, stands the prestigious `Castello di Madonna Antonia`: a magnificent monumental complex of high historical value, whose origins date back to the year 1300. The property includes the south-east wing of the ancient fortress for a total covered area of ''1,500 square meters, as well as a large terrace and a 105 sqm loggia. Beautiful seventeenth-century portal inside which there are rooms of 180 square meters, and a further annex of 240 square meters. The external areas of total 9,000 sqm composed of the external courtyard of the structure, part of the castle moat and a plot of agricultural land located a short distance from the buildings. An elegant property capable of preserving the beauty of the past.

Location
Il Castello di Madonna Antonia is located on a spur of basalt rock, overlooking the valley of the Paglia river. The castle, being the original nucleus of the village of Castel Viscardo, is located in a central position with respect to the main services of the town, which are all within walking distance. Castel Viscardo stands close to the Alfina plateau at 507 meters above sea level, and is 13 km away from the city of Orvieto and 20 km from Lake Bolsena.

Description
Il Castello di Madonna Antonia owes its name to the first owner of the castle. It constitutes the original nucleus of aggregation of the village of Castel Viscardo. The first evidence of the castle dates back to the fourteenth century. It was probably built on the ruins of a tower built by the Benedictines in the mid-13th century. From the 16th century it was the fief of the Monaldeschi della Cervara lords who rebuilt it in Renaissance style at the beginning of the 16th century. It then passed in 1636 to the Spada nobles who counted it among their properties until 1921, and then came to the family of the current property, which has lived and maintained the structure from the 1900`s until today. The portion for sale is the south-east wing of the castle and consists of 3 main levels above ground where there are part of the ancient living rooms and attics, the south tower of the castle, and from 3 basement levels where the ancillary rooms (warehouses and cave) are located. This first part develops a total area of ''1,500 square meters in addition to 105 square meters relating to a beautiful gallery on the first floor and the overlying terrace on the second floor. The beautiful seventeenth-century portal that serves as the main entrance to the structure is part of the property, which in turn includes some rooms on 4 levels for an area of ''180 square meters. Inside the courtyard of the castle there is also a further annexed building located on 3 levels for a further 240 sqm. The land of the property is composed primarily of the main courtyard and a part of the moat of the castle where it is possible to create the main green areas of the structure, for an area of ''970 square meters. A parcel of agricultural land of 8,000 square meters is also included in the sale, located a short distance from the buildings and connected to them by a majestic avenue of centuries-old cypress trees on which the right of way (pedestrian) will be guaranteed to serve the castle.

State of repair
The property assumed its current form and appearance under the ownership of the Spada family, in particular by Bernardino Spada Veralli, when the castle was restored and embellished with tapestries, paintings and pictures. The castle was defended by a wall, still visible, and by a large moat, of which some traces remain (south-east area, portion for sale). The perimeter walls of the structures are in local stone, while the stone frames, which surround the windows, come from Bagnoregio. Two cylindrical towers, divided into three bands by two string courses, delimit the south-east perimeter. Access was and still is guaranteed today by a bridge connected to the elegant seventeenth-century Baroque entrance with a striking impact. It consists of a round arch covered in peperino, adorned with lateral niches housing statues. The arch is dominated by a structure connected to the underlying part by two times. This last element of the facade is characterized by an eighteenth-century clock, in turn surmounted by an aedicule containing a small bell. Over the centuries the castle has always been maintained and therefore admirably preserves, even today, its original structures and numerous original salvaged materials present inside the building. Although the property is today in good / fair structural condition, it still deserves a careful conservative restoration that can best preserve and enhance the beauty and history.

Land registry details
The Great Estate group carries out a technical due diligence on each property acquired through the seller`s technician, which allows us to know in detail the urban and cadastral status of the property. This due diligence may be requested by the client at the time of real interest in the property.

Ownership Details/Contractual Obligation
This property is in the name of a natural person (s) and the sale will be subject to registration tax according to the regulations in force (see purchase costs from the private individual). The property is subject to the constraint of the Umbrian Regional Superintendency for Artistic and Cultural Heritage, as an Asset of Cultural Interest pursuant to art. 10, paragraph 2, of the D.L. 42/04.

Potential Land Use
This beautiful and unique property would lend itself perfectly to be used as a magnificent luxury residence for private use or as an authoritative representative structure, in addition to the possibility of being able to offer this wonder also for tourist / accommodation purposes. A unique investment opportunity of its kind, located in the heart of the verdant Umbria.

Great Estate is an international real estate network, specialising in selling farmhouses, luxury estates, luxury villas, agricultural businesses and wineries. As well as coastal properties, tourist businesses and hotels. We can also advise on prestigious investment opportunities. We are located in central Italy, with our Head Office in Tuscany. As well as having offices in Umbria, Sardinia, Lazio, the Marche, Liguria, the areas around Lake Como, Lake Maggiore, Lake Garda, and Northern Italy. In addition to cities like Rome, Florence, Venice and Milan. Great Estate has a team of property consultants specialising in the Italian property market who are passionate about the beauty and culture of Tuscany, Umbria, Le Marche and Sardinia. We also have a team of international consultants .  With our expertise we can make it easier for you to buy your luxury home. The Great Estate real estate group has an international team of over 30 consultants, co-ordinated by Stefano Petri (Managing Director). The agency is professional, honest and successful. Its great success is due to our prestigious international clientele buying and selling our luxurious properties.