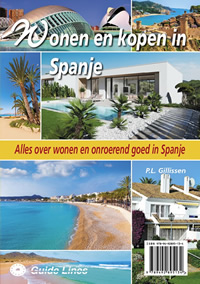 New Villa with sea view on Cumbre del solLocated on the urbanization of Cumbre del Sol, this south ? south west facing new build villa  is newly finished in the Magnolias Residential area of Cumbre del Sol in Benitachell, between Javea and Moraira on the Costa Blanca North.A key ready villa built on a plot of 819sqm with a sea view from the porch. The villa has two bedrooms with fitted wardrobes and mosquito nets on the windows, a bathroom, a living room with an enclosed fireplace, a fully equipped kitchen including appliances, solar panel installation for hot water production by solar thermal energy, alarm system, etc.

Blue Ocean Estates was formed in August 2009 by myself, Robert and my wife Laurian. We started the business by accident really. Laurian’s mother was trying to sell her lovely villa in Beniarbeig a small town near to the costal resort of Denia. Laurian`s father had passed away a few years earlier and her mother was lonely and wanted to return to the UK. With the market in decline she was finding it difficult to sell and fell into the hands of an unscrupulous, freelance, so-called agent. Having bought and sold properties several times in Spain and the UK, we recognised the signs immediately and stepped in to protect her. Unfortunately, at first she was reluctant to discontinue using this agent and remained hopeful of an imminent and promised sale. I (Robert) am a retired procurement consultant, more used to working around the world in the Oil Industry, set about designing a simple website to promote the sale of the house in Beniarbeig, which is situated in the Orba Valley. An ideal location within easy reach of the coast and seaside resorts of Els Poblets, Denia and Javea. This website caught the eye of both potential buyers and other people trying to sell their properties in the Orba and Jalon valleys. So pretty soon we had quite a portfolio of properties and the business grew from there. As time went on we convinced Laurian`s mother that the promised sale was bogus and to dismiss the equally bogus agent, which she did. This freed us up to market the property and we found a buyer within two months, completing the sale in just two weeks. This was in May 2010 and by this time we were already so busy that Laurian had become involved full time as the company finance and administration director which suits her as she had been finance director for companies in the UK and overseas. We continue to expand our business based on sound ethics and principals. Most of our owners and clients come from referrals and we work very hard to find you that dream home and that illusive buyer. Putting the two together is not easy, but we do what other agents` don’t do, and that is stay true to our beliefs and our principals of honesty and integrity. We look forward to meeting you and to be of service to you. Robert and Laurian