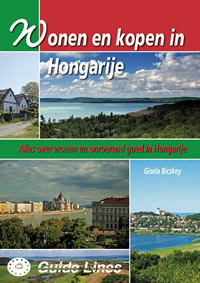 Located in the small village of Abod in the North East area of Hungary 25km north of the large city of Miskolc.

The village does however have a shop and local pub.

This area offers a great place for walking, cycling and the great outdoor lifestyle.

There are great fishing places to visit in this area including the Rakaca Lake around 30 minutes away.

The nearest town of Edeleny is about 10 minutes where you will find large shops, restaurants, and medical facilities.

The nearest large city is Miskolc which is the third largest in Hungary after Budapest and Debrecen can be reached in about 25 minutes.

Here you will find a city steeped in history.

The area has been inhabited since ancient times € archaeological findings date back to the Paleolithic, proving human presence for over 70,000 years. Its first known dwellers were the Cotini, one of the Celt tribes.

The area has been occupied by Hungarians since the `Conquest` in the late 9th century. It was named after the Miskóc clan and was first mentioned by this name around 1210 AD.

The Miskóc clan lost their power when King Charles I centralized his power by curbing the power of the oligarchs.

Lillafured is located in Northeast Hungary, in the Bukk Mountains, near to Miskolc (10 km).

It is a fairy tale place: there are only a few places like this. It is perhaps the most beautiful resort in Hungary.

It is situated in a quiet location surrounded by greenery.

A four-star Castle hotel, the Lake Hamori, two caves, a zoo, several waterfalls, forests and two streams can be found in the area.

The Bukk mountain range is a member of the Northern Central Mountain range, differing from the rest of the volcanic mountains in its geological past. The majority is made up of sedimentary stones, particularly dolomite and limestone.

The highlands are more than 800m and are surrounded by sharp, rugged rocks including Bel-Ko,Pes-Ko,Tar-Ko,Voros-Ko and Kovek(Ko in Hungarian means stone) and give stunning panoramic views to the southern foot of the range,

The does require full renovation but at a good sized interior of 100m2 there is plenty of scope to set this house layout to your individual needs.

There are 4 rooms on the inside consisting of 2 main large rooms which would ideal for a Living room and a large double bedroom.

There is a room for the kitchen with some plumbing connection already present.

Lastly there is a storage room which would make the family bathroom.

Mains electricity is connected to the house, and gas, phone/internet can be connected from the street.

The 1626m2 outside area is sloping to give lovely views of the surrounding hills and countryside.

This house offers a great opportunity to renovate this house exactly to your liking and offered at a great price.

Our real estate agency was established in 1999. It currently runs under the name of Magyar Ház, in the form of an individual enterprise. Our aim is to provide clients with good advice in selecting the appropriate property based on their individual needs.We are able to do this through many years of experience in the Hungarian real estate business.We possess numerous references from past customers which are available on request. We provide a professional but friendly and personal service. Lake Tisza, Lake Balaton,Southern Hungary,Bükk and Mátra Hills are our main areas covered in Hungary. As we are local residents and Hungarian citizens so we know this area well, therefore you can be assured that we will endeavor to find you the most suitable real estate that fits in with your personal needs. If you buy a real estate from us, our relationship does not end with the purchase itself. Should you need any further assistance after the sale, please feel free to contact us again. We can offer you reliable professionals for renovation, regular garden maintenance and any further jobs we can assist you with. We also help you with changing public utilities to your name,payment of utility bills after purchase ,opening a bank account, taking out insurance on real estate. Our dutch/belgium connection, Mr.Decender, helps us sell real estate. As a result of our efforts, we are hopeful to ecourage more British, and citizens from other nations to visit these regions in Hungary, either to set up a holiday home or permenant residence. We wish you a successful real estate search: Erika Koncz, Ferenc Koncz, Mr.Decender