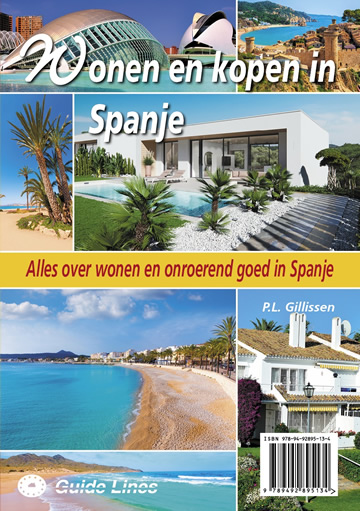 This elegant apartment is at Plaza de la Nogalera, 29620, Torremolinos, Málaga, on the second floor above garden level. Its high ceilings create a spacious and airy 85 m2 dwelling. Additionally, there is a good-sized outside terrace/balcony, that is South-West facing and has the benefit of afternoon and evening sunshine. It is part of a gated community with onsite security staff. There is access to all levels via a series of lifts.

There is a spacious living room, with feature decorative fireplace, 2 sofa-beds and two arm chairs and a dining table and chairs for 4. It sleeps 2 in the twin bedroom (with ample wardrobe space) and can accommodate more on the sofa beds, one in an area (with wardrobe space) at the back of the living room that can be curtained off for privacy.

There is a full bathroom (ensuite to the bedroom), and a separate shower-room; both with hand basin and WC, both recently renovated in contemporary style.

There is a small but fully equipped kitchen with 2 ring hob, combination microwave/fan oven/grill, dishwasher and fridge freezer. There is a washing machine.

The outside space is big enough for two sun loungers and a table and 4 chairs. This perfectly maintained apartment is newly re-decorated in Andalusian style. There is hot and cold air-conditioning (energy-saving inverter) throughout, and fibre-optic broadband is connected. There is ample storage in the apartment and a separate store room in the basement.

Designed in 1963 by the world-famous visionary Spanish architect Antonio Lamela, La Nogalera is renowned for being a well-designed development, constructed in 1965 with spacious high-ceilinged apartments, and extensive private landscaped gardens, 3 swimming pools (one for children), 24/7 security, and a pool bar open during the summer months, all ?floating? above the centre of Torremolinos.

It is immensely popular for its perfect location: in the middle of Torremolinos but separated from it. The train station (a short distance to the airport, and Málaga), taxis, shops, bars and restaurants are just a trip down in one of the Nogalera lifts to street level. The beach is just a 10-minute walk; there are two separate beach lifts, a wheelchair accessible footpath and steps from the town centre to the beach.

The façades have recently been renovated, and the buildings have been fully rewired, as has the apartment. The service charge is ?190 a month

Torremolinos enjoys one of the best climates in Europe. It has long dry summers with relatively low humidity, and mild winters with occasional, though heavy, rainfall. The town benefits in the summer from cool sea breezes. Temperatures normally hover around 30ºC in the summer and the upper teens in the winter.

In Torremolinos over 300 restaurants serving every kind of food, from fast food to gourmet and representing all nationalities can be found. The famous beach Chiringuitos traditionally serve barbecued fish as well as typical Spanish cuisine.

The beach which extends for nearly 8 kilometres, has cycle and skating lanes alongside the fully illuminated promenade and features many chiringuitos and beach bars. The eastern end of the beach, known as Los Alamos, has live dance music events throughout the summer. The easternmost parts of the beach have kite surfing and windsurfing except under the flight path of the airport.

In addition to its tourism sector, Torremolinos is known locally for its vibrant and liberal nightlife, particularly its numerous bars and clubs catering to the LGBT community. Torremolinos hosted World Pride in 2017 in conjunction with Madrid and holds its own Pride in June, now the third largest in Spain.